Here is a new take on your yam bake! A cross between sweet potato pie and baked yams topped with marshmallows. We are about to head into fall cooking season and I think this recipe will be perfect for the upcoming holiday season.

Here’s what you need:

* You can buy marshmallow fluff instead making it yourself, of or if you have marshmallows on hand, you can melt them down and add a little corn syrup to them, whipping them in a mixer to achieve the same affect. It all depends on how much time and energy you want to put into making this. However making the fluff from scratch is rather easy, I would recommend giving it a try to judge for yourself.

Make your pie crust first by mixing the flour and salt in a bowl before cutting in the cold butter. Work the mixture into a dough and press evenly into the bottom of an 8×10 glass baking dish. Poke the crust all over with the tip of a fork to aerate the crust. Bake at 350° for 10 minutes.

While the crust par-bakes, prepare your sweet potato filling. Combine all the ingredients in a mixing bowl and lightly wisk the ingredients together, be careful not to over mix. Pour the mixture over the prepared and par-baked crust.

Bake in the oven at 350 degrees for 45 minutes. Checking on it 30 minutes in. Depending on your oven, the pie could cook faster. Remove from the oven when you can press the tip of a knife into the center of the filling and the knife comes out clean. It should not be jiggly, but firm. The outer edges will brown a little.

Let the pan cool fully before topping with marshmallow fluff. Seriously! I would recommend even refrigerating over night.

To make the marshmallow fluff, combine the sugar, water and corn syrup in a sauce pan. Bring to a boil and let it thicken. If you have a candy thermometer, bring it to 225 degrees. If not, cook until it’s nice and thick, coating the back of a spoon, but still syrup-like. In a stand mixer, combine the egg whites and cream of tarter. Whip on high until it reaches stiff peaks and you achieve a meringue. Next slowly add the hot syrup to the mixing bowl. Continue to whip on medium high to high. Whip until you achieve the desired thickness. Top your chilled pie with marshmallow fluff and serve! 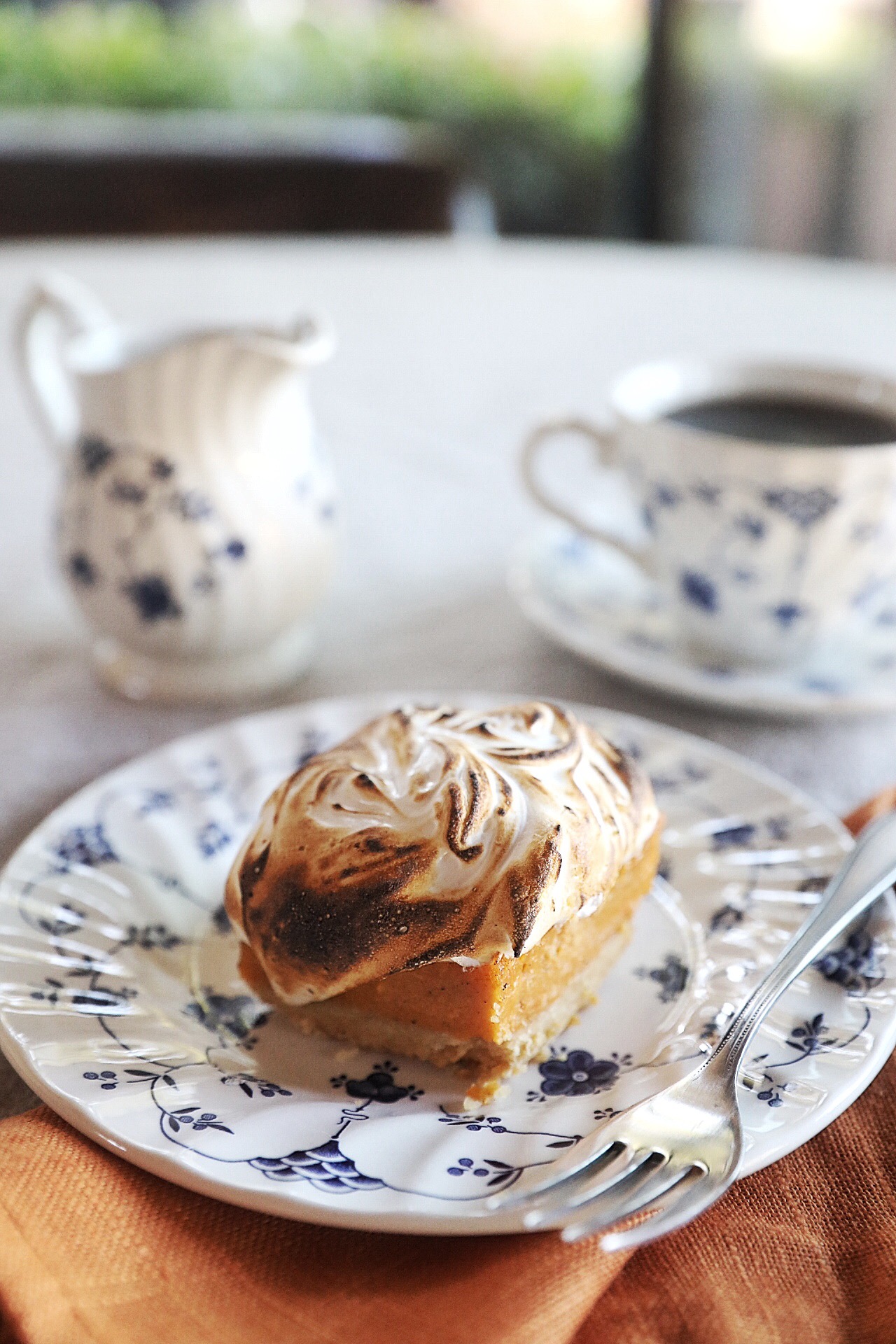