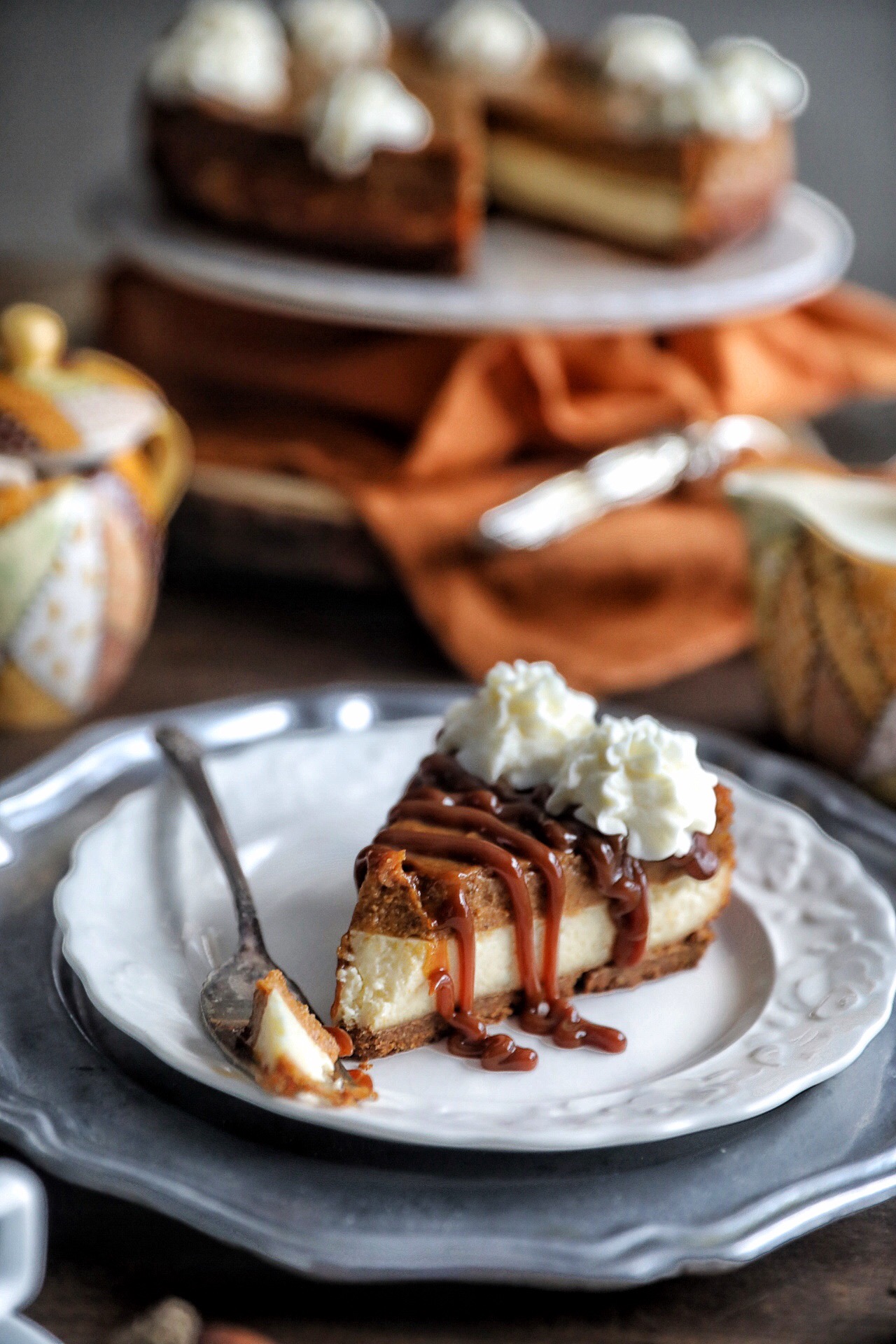 I have pumpkin coming out of my ears! Our pumpkin plant was out of control. I planted pumpkins this year, because I wanted my son to be activly involved in my gardening. The idea of growing his own pumpkin encouraged him to help me water and take care of our plants. Although we used our own pumpkins, You are more than welcome to use canned pumpkin as well.

Here’s what you need:

Start with the crust so it is ready for the next layer.

Next work on the cheesecake layer. In a medium sauce pan, combine cream cheese, sour cream, vanilla and sugar. Stir frequently and cook on low until melted. Just as the mixture begins to comes to a boil, wisk in the eggs to temper. As the mixture begins to thicken, remove from heat and pour over prepared crust.

Place in the oven and bake for 15 minutes at 350 degrees. Then remove from oven and let cool while you prepare your pumpkin layer.

In a saucepan, combine the pumpkin, evaporated milk, sugar, salt and spices. Heat until it begins to boil. Turn back or remove from heat before adding the eggs to temper. Pour the prepared pumpkin over the cooled cheesecake layer in the pan.

Place back in the oven and bake for 30 minutes.

Once cooked, let cool fully before serving. Best to let it chill in the fridge after it cools to room temperature.

Top with caramel sauce and whip cream, serve and enjoy! 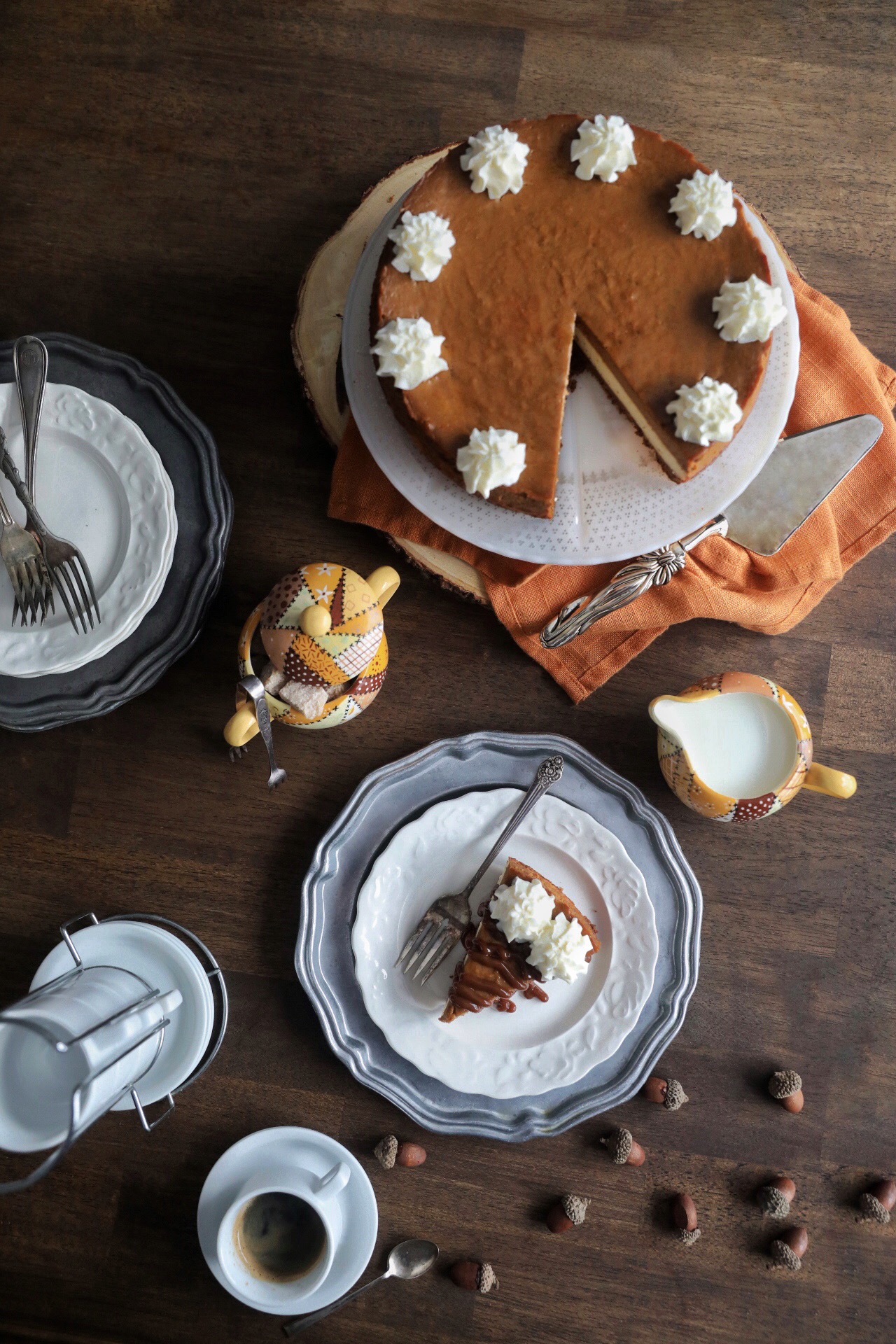 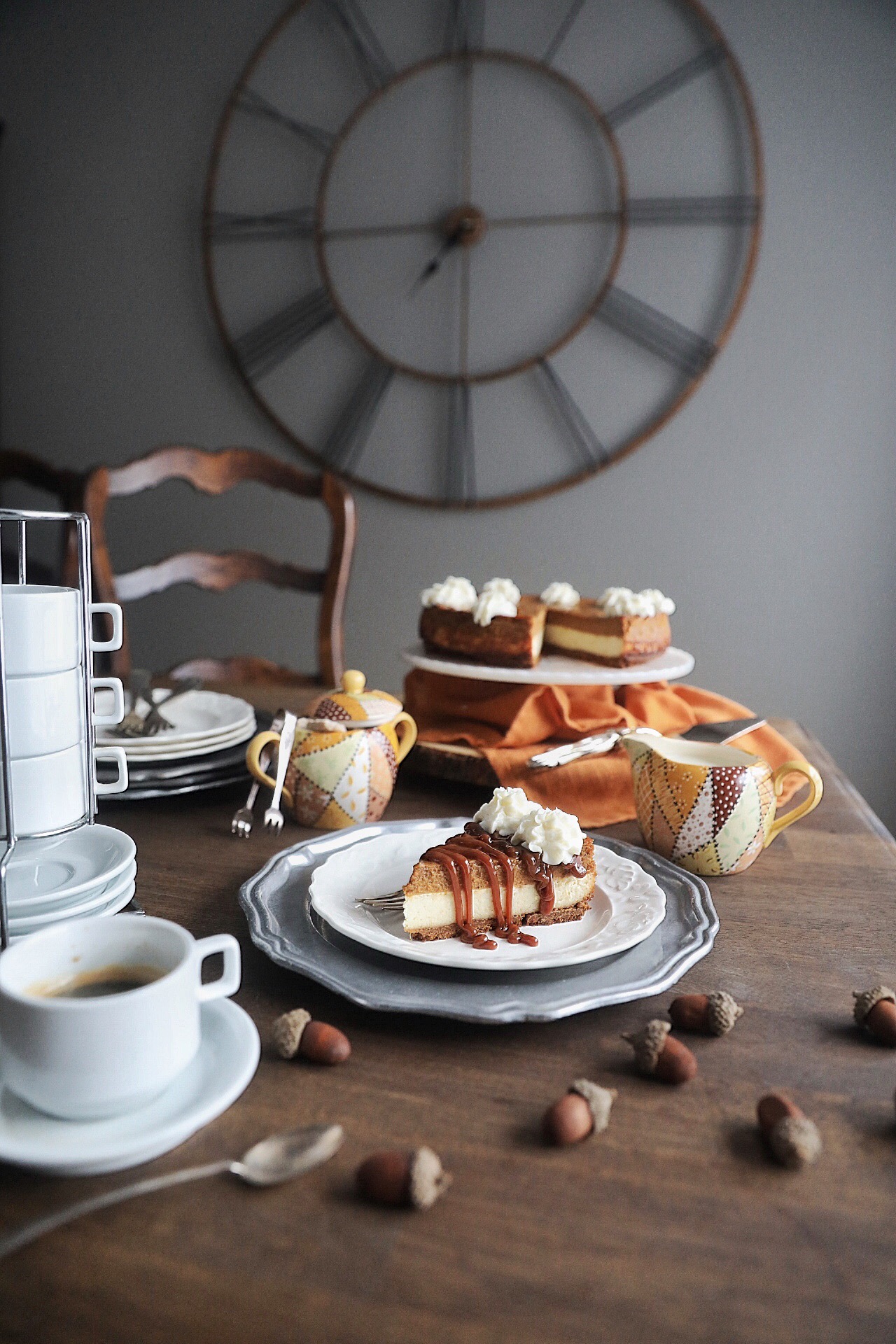