I seriously have eggs coming out of my ears after Easter.  I don’t remember deviled eggs being an easter tradition, however it was a great way to use up all those hard boiled eggs we had dyed.  I grew up in a household with three other siblings.  My sweet mother would boil a dozen eggs for each of us to dye.  Which means we have 4 dozen hard boiled eggs to consume after easter is over.  How do you eat 4 dozen hard boiled eggs?!?! You get creative!!! No way I am eating egg salad sandwiches for the next week!  I need a little variety.  Since I now have my own fair share of hard boiled eggs, I came up with this devilish alternative to deviled eggs.

I had an unfortunate mishap that included deviled eggs and food poisoning at a funeral, I have since been unable to eat any mixture of mayonnaise and hard boiled egg, therefore this recipe has become a great alternative. No Mayo, no mustard!  Take a peek at the ingredients and give this recipe a try.  It’s worth every ounce of energy put into making them. 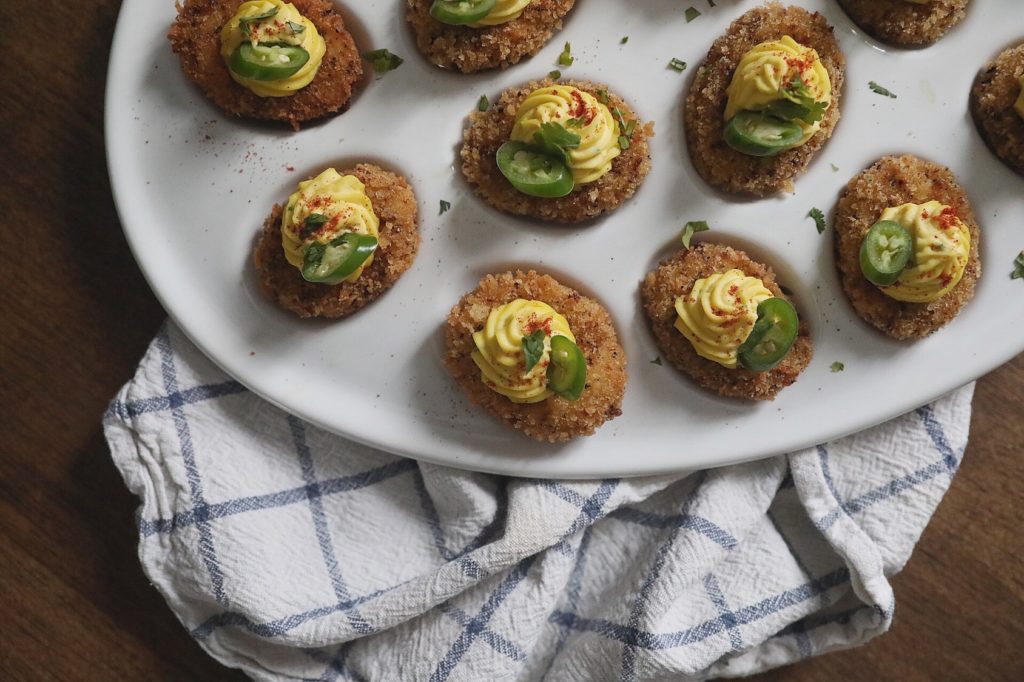